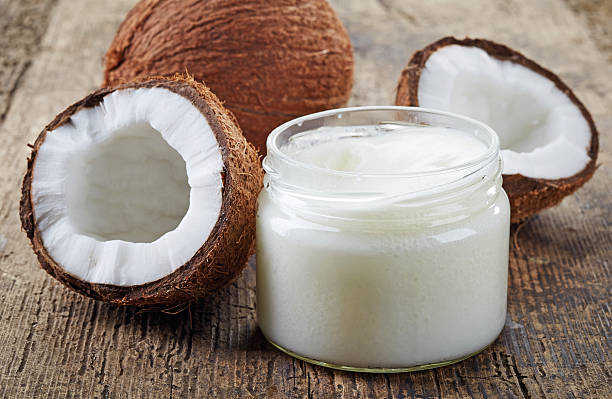 15 Reasons To Use Coconut Oil In Your Diet Now

Coconut oil used to get a bad rap because it has saturated fat, but researchers have discovered that this type of saturated fat is comprised of medium-chain triglycerides (MCTs)–most notably lauric acid–that have major health benefits.

In a nutshell, most of our fats including dairy, meat, vegetable oils, and others are long-chain triglycerides (LCT) that are more difficult for the body to process. MCTs don’t need to be absorbed by the lymphatic system and are less likely to get deposited as fat, plus it seems that they allow other nutrients to absorb into our bloodstream faster.

Coconut oil is one of the only naturally occurring sources of medium-chain triglycerides, but know that they don’t make up the oil’s total composition–only about 66%. Make sure that your coconut oil is pure (non-hydrogenated), otherwise, everything below is a moot point. Also, it stays solid until it reaches a temperature of 76°F. Incorporate coconut oil into your diet now.

READ ALSO: 9 Health Benefits of Pineapple You need to Know

So, here are 15 reasons to use coconut oil in your diet now.

It’s full of anti-oxidants. It has antibacterial and antiviral properties.

There is some controversy here because diets high in fat can worsen IBD symptoms. Check with your doctor. Some claim that because the body can absorb MCTs directly into the bloodstream via your intestines, that they provide much-needed nutrients that sufferers from digestive disorders can’t normally absorb.

4. It Can Promote Weight Loss, Especially Around the Waist

Apparently, when coconut oil’s MCTs break down, these healthy fats in the liver increase metabolism (giving you more energy to work out) and positively affect sugar levels and thyroid hormones. According to a 2009 study, some women who consumed 2T of coconut oil per day for 12 weeks, lowered their abdominal fat versus women in the same study who consumed soybean oil and saw no change.

5. Use Coconut Oil As A Natural Moisturizer

It absorbs into the skin without leaving a greasy feeling and washes out of clothing easily.
True, right? Also, when we use soap, we wash a protective MCT layer off of our skin. Applying coconut oil re-establishes this natural barrier.

People across the internet swear one of the health benefits of coconut oil is that it’s a sunburn remedy, reporting major improvement after just one application. Coconut oil does provide some natural sun protection, but shouldn’t replace a higher SPF.

Coconut oil is a chemical-free, natural lubricant that allows your razor to glide over the skin with ease. And, it moisturizes and heals razor nicks. Some people report not needing lotion after shaving with coconut oil. I do though. Put your coconut oil in a plastic, non-breakable container and ditch the shaving cream.

The anti-fungal properties of coconut oil help treat recurrent skin conditions. People use it in combination with tea tree oil, Vitamin E, and herbs. Researchers have discovered that though coconuts grow in many humid environments where fungi thrive, the people living there who consume a lot of coconut oil do not have fungal infections in general.

If you’re going to use it on your face, invest in high-quality coconut oil. The antimicrobial benefits of lauric acid and capric acid (the same acids found in mother’s milk) basically replenish the protective acid layer of the skin and reduce inflammation. Internal consumption of coconut oil also helps acne, because it helps regulate hormones and metabolism leading to regulated sebum.

10. Use For Healing Minor Cuts And Scrapes

Apply coconut oil to cuts and scrapes as an antibacterial and healing agent. People claim their wounds heal more quickly, painlessly, and with less scarring.

Apply coconut oil after being bitten or stung for almost immediate relief.

Applying coconut oil stimulates the turnover of collagen which we all know helps prevent the appearance of wrinkles.

13. It May Reverse or Slow the Progression of Alzheimer’s Disease

It is thought that coconut can slow or even reverse the progression of Alzheimer’s Disease. The most notable example is a pediatrician in Florida, Dr. Mary Newport, who fed relatively large amounts of coconut oil to her husband, who had Alzheimer’s disease. She claims she was able to somewhat reverse and slow it.

In a nutshell, it is thought that Alzheimer’s Disease is like diabetes for the brain. Insulin issues prevent the brain from accepting glucose. Ketones are an alternative fuel to glucose which the brain will accept. And, ketones are metabolized in the liver after eating MCTs, which are ever-present in coconut oil.

A study presented to the 2008 American College of Chest Physicians showed that children with pneumonia who received doses of coconut oil recovered faster than children in the same study who did not.

With the above health benefits of coconut oil, it seems to keep us alive longer and looking better