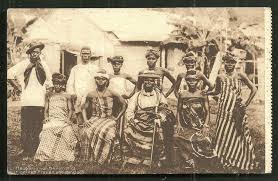 Itsekiri is a Nigerian tribe with a riveting history and culture.

The Itsekiris live predominantly in Delta State, although some can be found in Rivers State, Lagos State, Sapele and even Abuja.

The Warri Kingdom has its long-standing traditional history. It is made up of three ethnic groups, the Itsekiris, the Ijaws and the Urhobos.

The traditional ruler of Itsekiri is known as the Olu of Warri. They operate a patrilineal means of succession. Succession is based on the decision of the council of chiefs and the laws and edicts on succession in Delta State.

Itsekiri language is said to be Yoruboid, though this is largely debated amongst scholars because some believe that they migrated from Egypt.

Other claims are that they are linked to the Ilajes of Ondo State and Bini (now called Benin).

Their language is Yoruboid because they share cultural elements with them.

Based on some historical accounts, Olu Ginuwa, son of Oba Olua, the 14th Oba of Benin was the first Olu of Warri in 1480.

Author, Jackson Omasanjuwa Ireyefoju et al, in the International Letters of Social and Humanistic Sciences said, “When Prince Ginuwa came to find the Iwere kingdom in 1480, people were around. The Ijaw of Isiloko that paddled the canoe which brought the prince and his entourage from Bini speak the Edo language. Hence they were able to assist them (the prince and his subjects) with their canoes down to establish the kingdom.”

According to an Unpublished Manuscript in 1952 by T. E. A. Salubi, “Oba Olua gave Oba Ginuwa the title Odihi-Na-Me which means the depth of water, but the Itsekiri called him “OLU ITSEKIRI.” This title was later changed to Olu of Warri.”

The Itsekiris were one of the first people to have contact with the Europeans especially the Portuguese. This means that they were introduced to Christianity and education quite early.

Britannica online encyclopedia wrote, “The Portuguese during the 15th century were the first to make contact, and as a result, the Itsekiri established a reputation as great traders and middlemen by supplying European manufactured goods to inland peoples in exchange for slaves and palm oil from the interior.

“The British colonial administration eventually broke their trade monopoly in the 1890s, however, and the flourishing Itsekiri economy went into decline.”

The Itsekiris share some gods with the Yorubas. However, Oritse is the supreme deity and creator of the world according to their traditions.

Author, Jackson has likened this deity to Osiris, the god of the Egyptians. Umale Okun and the god of war and iron, Ogun are part of their other deities.

The Itsekiris are coastal people who live in swamps and wets lands. According to Britannica online encyclopedia,

“They are primarily fishermen and have employed traps, fences, and nets, as well as rod-and-line techniques. Women make mats and baskets from reeds and palm materials.”

Because of how riverine they are, like most communities in the Niger Delta, their meals are heavily loaded with all sorts of fish and aquatic animals like periwinkles and prawns. Their favourite and the most common meal is Banga soup and starch.

The Itsekiris wear similar outfits to the Ijaw and Urhobos. Their men wear a shirt known as a Kemeje typically made of lace and tie a George wrapper, they also wear a hat with a feather in it.

Their women wear a lace blouse and tie a George wrapper. Both their men and women are heavily adorned with beads.