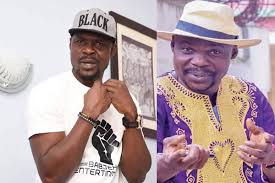 Trial of the embattled Nollywood actor, Olanrewaju Omiyinka popularly known as Baba Ijesha has been adjourned by the Lagos State Special Offences Court in Ikeja, Lagos till September 27.

Justice Oluwatoyin Taiwo had adjourned the matter to August 11 and 12 for continuation of the trial in July.

However the Court’s registrar, Ibrahim Hassan disclosed on Wednesday August 11, that the case was adjourned as Judges are on a “retreat.”

Baba Ijesha who was arraigned on June 24, is charged with six counts bordering on defilement of a minor. The prosecution led by Mrs Olayinka Adeyemi, the Lagos State Director of Public Prosecution (DPP), has so far presented two witnesses for the prosecution.