President Muhammadu Buhari has approved the site for the construction of the Presidential Wing of the State House clinic within the precinct of the Aso Villa.

READ ALSO: HOW TO FIND YOURSELF WHEN YOU FEEL LOST AND STUCK

The News Agency of Nigeria (NAN) reports that already the Senate Committee on Federal Character and Inter-Governmental Affairs had visited the site during its oversight function to know the level of utilisation of budgetary allocation to State House. 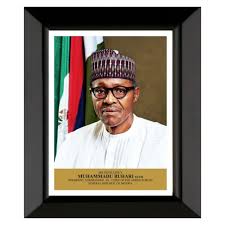 The Permanent Secretary, State House, Umar Tijjani, told members of the Senate committee that the new wing of the State House Clinic when completed, would serve the Nigerian populace.

He said the state of the art clinic would particularly cater for the medical needs of the President, Vice-President, members of their families as well as other government officials.

According to him, the health project is expected to be completed in the next two years before the end of the Buhari-led administration.

Umar, however, lamented that the non release of budgetary allocation to State House in full had become a challenge as some of the facilities at the nation’s seat of power had become obsolete.

He noted that out of about N8.699 billion budgeted for State House in the 2018 fiscal year, only about N5.083 billion (58 per cent) was released, leaving an outstanding balance of about N3.616 billion.

Umar told the committee that in 2019, out of about N6.955 billion budgeted, only about N2 billion, representing 38 per cent of the total sum was released, while in 2020, the sum of about N4.878 billion was appropriated and fully released.

The Permanent Secretary, who also fielded questions from State House correspondents, noted that the outbreak of COVID-19 pandemic had an adverse effect on the economy.

On how the management of the State House is coping with the funding challenges, he said: “First and foremost, let me say that we are privileged to be in this position, to be able to discharge these huge responsibilities and I’m also happy that you raised the issue of funding challenges.

”I also want to use the opportunity to distinguish very clearly between appropriation and release.

”Just like you mentioned now, in 2018, about N8 billion was appropriated, out of which only about N5 billion was released.

”Definitely, looking at the enormity of the challenges that we are dealing with from day to day, that is affecting our performance.

“We are in a tradition of prudence and we also have not lost sight of the challenges that we have internationally, especially with COVID in regard to how much money in the country in its entirety makes.

“However, I would like to say that the State House needs quite a formidable level of support and improvement in the funding.

”We are dealing with phasing out a lot of infrastructure that have come to the end of their lifespan.

According to him, this project is of a strategic national importance and it’s being done in form of a legacy project.

“And by the time this administration leaves office, we would have the Presidential wing of the State House Clinic in place.

“For now, we have already started in earnest with activities that are required for the construction, we have received the necessary approvals.

”We have received the no objection from the Bureau of Public Procurement.

“We have already directed the contractor because he’s going to come in form of a turnkey project, in order to mobilise and take over the site.”