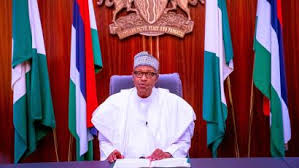 Projects like the Second Niger Bridge are expected to be commissioned next year.

President Muhammadu Buhari’s spokesperson, Femi Adesina, says 2022 is the year massive projects will be unveiled by the administration.

The presidential aide said during a televised interview on Tuesday, July 27, 2021 that the president will commission numerous projects that will improve the lives of Nigerians.

He added that the projects would be enough to entice even more members of the Peoples Democratic Party (PDP) to cross over to Buhari’s All Progressives Congress (APC).

“2022 is the year the president will likely unfold the Second Niger Bridge that the PDP built with mouth for 16 years.

“You will see the Lagos-Ibadan Expressway commission, and you will see Abuja-Kano done to a large extent, if not fully done.

“You will see massive massive projects being commissioned,” he said.

Adesina spoke virtually from London where President Buhari arrived on Monday, July 26 ahead of the Global Education Summit on Financing Global Partnership for Education (GPE) 2021-2025.

After the two-day summit, Buhari will spend two weeks with his London doctors for a rescheduled medical check-up.

The 78-year-old is a frequent medical tourist to the UK where he has spent around 200 days of his presidency since he was first elected in 2015.

His medical trips have proved controversial in the past when the president has stayed in London for extended periods, fueling speculations that he was too ill to lead the country.

Adesina said on Tuesday the president was killing two birds with one stone with the trip, after he postponed the medical check-up in June.

He further defended the president’s decision to stick with his London doctors instead of getting local treatment, a longstanding criticism.

“He has used the same medical team for over 40 years. Once you can afford it, then stay with the team that has your history,” he said.

Buhari’s failure to significantly improve Nigeria’s health sector has been touted by critics as one of the biggest failures of his administration, but Adesina expressed optimism that there are already local hospitals that will soon be considered world class.