It is extremely rare and the people have been either women or smaller men. There have been a few cases of a (very large) reticulated python eating someone in Indonesia (two that I know of in Sulawesi).

The most famous case was of Akbar Salubiro, who went missing in/near a palm plantation and they found and killed the snake that got him, cutting it open to find his body inside. You have to remember cases like these are exceedingly rare, and the vast majority of times people cut open a snake that they suspected to have eaten a person it was just a large animal in its belly, not a human being. Only the largest of snakes (over 20 feet long) are capable of swallowing an adult, the vast majority of snakes pose no threat to people if you just leave them alone. We have encroached on their territory, and as we continue to decimate their natural habitats cases like these are bound to happen (same with bats spreading diseases to humans as we force them to be in closer and closer contact with us). These animals aren’t malicious, they just operate on instinct.

Here is a photo of the snake (I won’t include the picture of it cut open since it’s pretty graphic, but the pictures are easy to find online if you are so inclined) 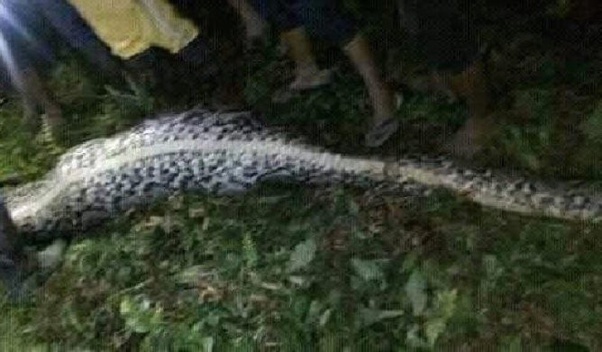