This 2,000-Year-Old Chinese Still has blood in her vein

Xin Zhui died in 163 BC. When her body was discovered in 1971, her hair was intact, her skin was soft to the touch, and her veins still contained blood, her blood was discovered to be of type group-A.
The image above is a recreated version of her mummified body.

She is a mummified woman of China’s Han dynasty (206 BC-220 AD). she still has her own hair, her skin is soft to the touch, and her body is still flexible much like a living person.

She is widely recognized as the best-preserved human mummy in history.

Xin Zhui’s preserved corpse immediately became compromised once her body was exposed after discovery, which caused her body to begin deteriorating. Thus, her images that we see today don’t do the initial discovery justice.

She was the wife of a high-ranking Han official Li Cang (the Marquis of Dai), 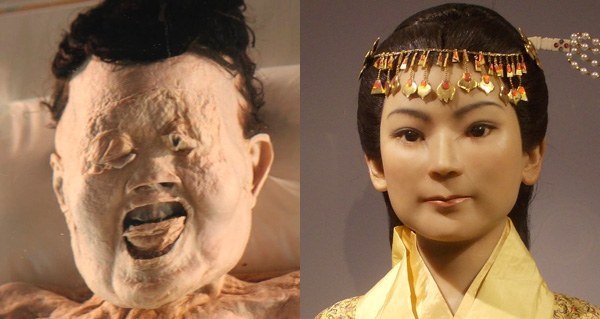 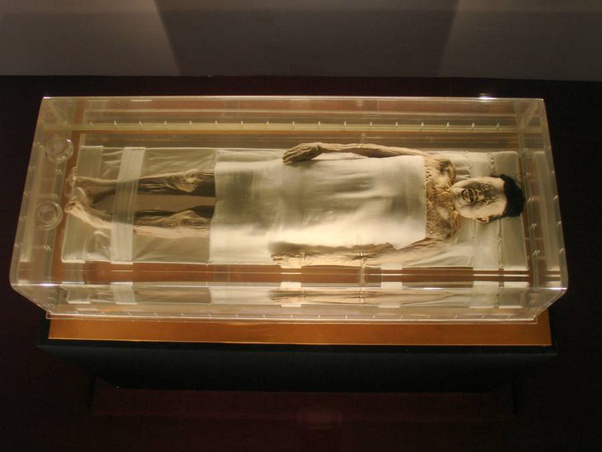