Nature has no sexual morals. Wild animals in heat will attempt to mate with anything that even vaguely looks like a viable sexual partner.

This is an elk trying to mate with a fiberglass hunting decoy: 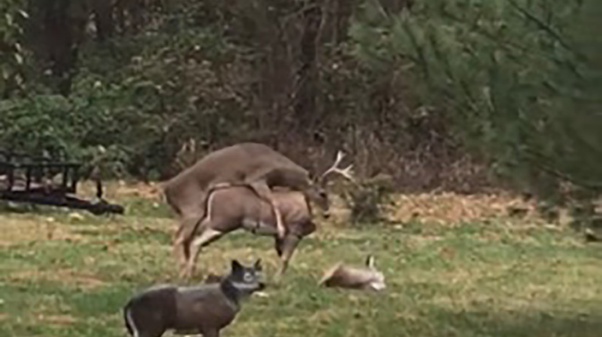 It seems vaguely nonplussed when the head fell of, but didn’t let that stop it.

Point is, yes, animals that are of related species will mate all the time, if they encounter each other in the wild, or in captivity. And some of those species are closely related enough that they can produce offspring (some fertile, others not).

As a result, the line of where we consider two species as being different is somewhat debatable. Certain species, if they were in the same habitat for long enough, would likely become indistinguishable.