Abba Kyari is the commander of the Inspector General of Police Intelligence Response Team and highly regarded in security circles.

READ ALSO: BBNaija Season 6 – Biggie Reveals Pere And Maria As The ‘Wild Cards’ In The House 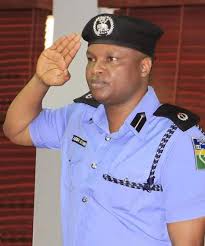 The Inspector-General of Police, Usman Baba has ordered a review of the allegations against a celebrated police officer, Abba Kyari.

Kyari, a deputy police commissioner, has been linked to an internet fraudster, Abbas Ramon, better known as Hushpuppi, who confessed to have bribed the police officer to arrest one of his associates in a N451 billion scam.

Although Kyari has denied Hushpuppi’s claim, the Federal Bureau of Investigation has asked Nigerian authorities to track him down over the allegation that he received money from the suspected billionaire fraudster.

Investigations by the FBI has showed that the two first interacted in September 2019 when Kyari travelled to the United Arab Emirates.

The FBI also revealed that the officer and Hushpuppi kept in touch through texts afterwards, up until May 2020, a month before the fraudster was arrested.

However, in a statement on Thursday, July 29, 2021, the Force Public Relations Officer, Frank Mba, said the Inspector-General of Police, has ordered an internal review of the allegations against the celebrated police officer.

The statement reads, “Sequel to the receipt of allegation and indictment processes from the Federal Bureau of Investigation (FBI) against one of the personnel of the Nigeria Police Force, DCP Abba Kyari, the Inspector General of Police IGP Usman Alkali Baba psc (+), NPM, fdc has ordered an internal review of the allegations.

”The Nigeria Police Force reaffirms its commitment to the pursuit of justice and the strengthening of its professional relationship with the FBI and other international partners.

”Further developments on this case will be communicated to members of the public accordingly.”

Kyari is the commander of the Inspector General of Police Intelligence Response Team and highly regarded in security circles.

He was recently honored by the House of Representatives for his hard work and outstanding performance.