A romantic sexual encounter between two male lions in Kenya captured by a wildlife photographer. Picture of a deep bond between males disturbs the higher authority of Kenya (an African country.)

The surprising fact of homo lions is that it all ends up affectionate, while the sexual encounter of the male with the female usually ends up with violence. 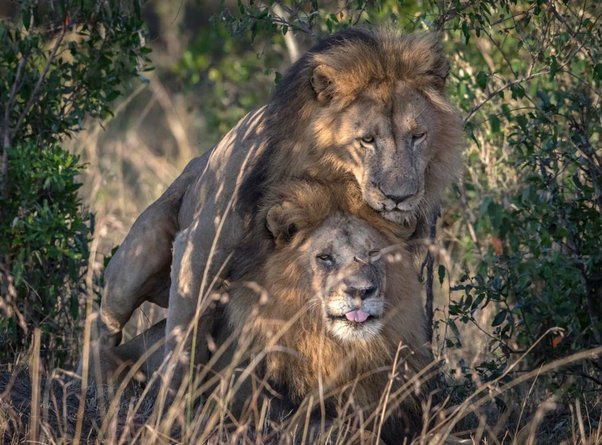 An eye-opening note comes from the chief executive of the Kenya Film Classification Board, Ezekiel Mutua, “Demons also inhabit animals”.

Dr Ezekiel Mutua more explain that it would be the end of the animal kingdom because demons attack animals.

The theory of Mutua can enchant gays. He says that these lions need counselling because they are under the influence of gays.

His comments and suggestions create humour at the next level.

Does it mean gays have a magical power to train animals?

Researchers explain their lovemaking event as the behaviour to avoid stress. These lions stay in the same zone all alone for many days. Affection takes roots among them by rubbing, cuddling and licking each other.

Our society still poisons with various biases. The fun fact that it’s all-natural. It’s the nature of the human brain to resist against think innovatively or try to understand Exotic things. As we fail to grab the point, We declare that point is dead wrong despite our wrongness.

It’s an event of surprise idea about nature life, Every scientist who try to break the tradition face the clamour of opponents, Such as Isacc Newton and Albert Einstein.