Warri Kingdom has been bustling with activities in the eventful days counting down to Saturday, August 21, 2021, when Omoba Tsola Emiko, the Olu Designate, will become the 21st Olu of the Warri Kingdom. 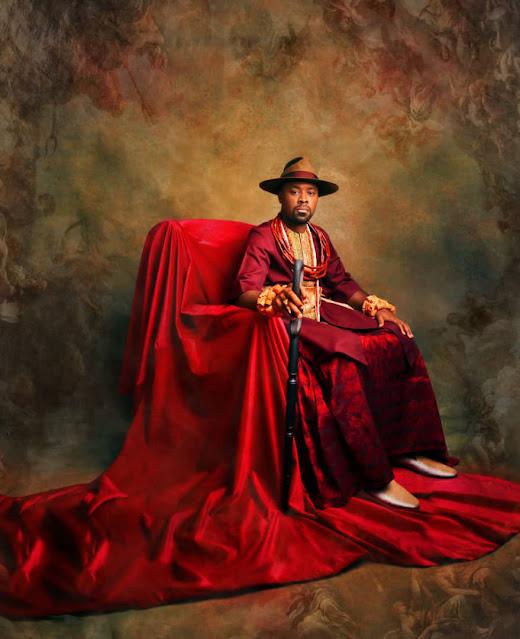 As the historical event draws near, eye-witnesses describe the intensive preparations in the city, all the way from the Warri Mainland right to the coronation site at Ode-Itsekiri Island as impressive.
There are exciting conversations regarding the attractive renovations, heavily-branded streets and exquisitely decorated edifices. Airport shuttles can be observed plying to and fro fully-booked hotels packed with guests from near and far.
READ ALSO: Home Remedies For Ringworms – 10 Ways To Treat The Symptoms
Prince Tsola Emiko recently completed his Idaniken Rite of Seclusion
Locals and noblemen alike recognize the epoch-making nature of Saturday’s upcoming coronation and its statutory role towards generating harmony and unity both within Warri Kingdom and its immediate environs.

The Prime Regent of Warri Kingdom, Prince Emmanuel Okotiebo spoke enthusiastically of the good fortune set to accompany Omoba Emiko’s coronation as the Olu of Warri.

“From that 21st upwards, it is a new beginning in Delta State and Itsekiri Land. More progress and love.”

The schedule for the Royal Coronation Ceremony has been published following an announcement by the Warri Council of Kingmakers. Meanwhile, the central planning committee are working tirelessly to accommodate the high-calibre of guests set to grace the event.

The amphitheater is almost complete and the city itself is agog with activities. Certainly, 21st of August, 2021 is sacrosanct. ”Dating back to 1480, when the Kingdom was founded, Warri has had a diverse lineage of royals.
A powerful new generation has now come of age, and Itsekiri indigenes strongly believe that Prince Emiko’s reign heralds a new dawn:
Source: Stelladimokorkus