In America, it would be the Eastern Indigo snake. Loves to eat rattlesnakes and is immune to their venom. Eats lots of things but loves rattlesnakes most of all. And copperheads. But most snakes are fair game.

The Indigo is a big boy. The largest snake is native to N. America. Males can reach 8.5 feet and weigh up to 11 pounds.

They rarely bite humans, even wild specimens, and are a favorite with strippers and other performers to use in their acts. 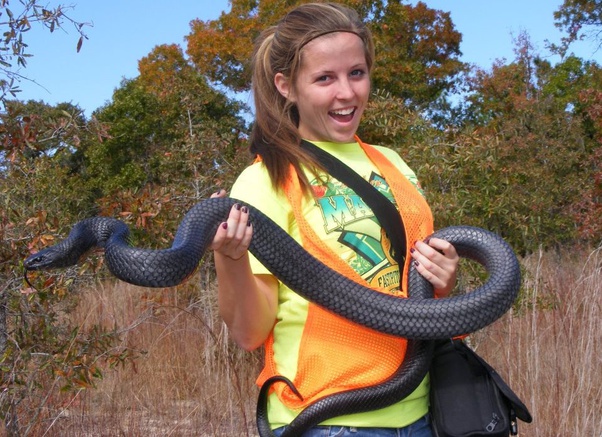